Out of the 167 freshwater Key Biodiversity Areas identified, mapped and validated throughout the Mediterranean region, 75 percent were found outside the boundaries of any pre-existing protected areas or other KBAs, according to the main results of an IUCN assessment revealed today at the IUCN World Parks Congress taking place in Sydney, Australia.

An estimated 70-75% of the world’s inland wetlands, along with many of the freshwater species that live in them, have been lost in the last 100 years. Freshwater biodiversity is poorly represented within protected areas, which are a critical tool for conservation of these habitats. It is urgently needed to identify critical sites of freshwater biodiversity as the basis for a more representative protected areas network for freshwater species. A new assessment coordinated by IUCN sets the foundation for such a network in the Mediterranean Basin Hotspot, a region rich in highly threatened freshwater species.

IUCN reveals that at least 167 sites in the Mediterranean Basin qualify as freshwater Key Biodiversity Areas (KBA) covering a total area of 302,557 km2. Of these KBAs, 40 also meet the criteria qualifying them as Alliance for Zero Extinction (AZE) sites, representing some of the last remaining refuges for one or more Critically Endangered or Endangered species.

“Through this project we are putting freshwater biodiversity on the map in a region of the world where pressures on inland wetlands are rapidly driving species to the edge of extinction – a number have already been lost. The next crucial step is to build widespread awareness of these important sites and to stimulate targeted conservation on the ground” commented  Will Darwall Manager of the IUCN Freshwater Biodiversity Unit and project coordinator.

KBAs are globally significant areas for the persistence of biodiversity and can guide the selection of new protected areas or the expansion of existing site networks. They were also recognized by the Convention on Biological Diversity as important for reaching global protected area targets.

Increasing severity of droughts, hydrological alterations following construction of dams, over-abstraction of surface and ground waters, water pollution and invasive species are the primary threats to freshwater species according to the experts.

“KBAs are fragile freshwater ecosystems which must be properly managed as part of Integrated River Basin Management planning accounting for the wide range of uses of water across sectors” said Jörg Freyhof, European chair of the IUCN/WI Freshwater Fish Specialist Group and co-author of the report.

The project was funded by the Critical Ecosystem Partnership Fund, the MAVA Foundation and the Spanish Agency for International Development Cooperation (AECID), with contributions from the European Commission funded Biofresh and the National Parks Autonomous Agency (OAPN) of the Spanish Ministry of Agriculture, Food and the Environment. 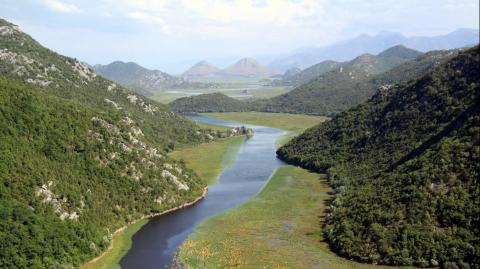 Objectifs d'Aichi
11.1. At least 17 per cent of terrestrial and inland water areas are protected.